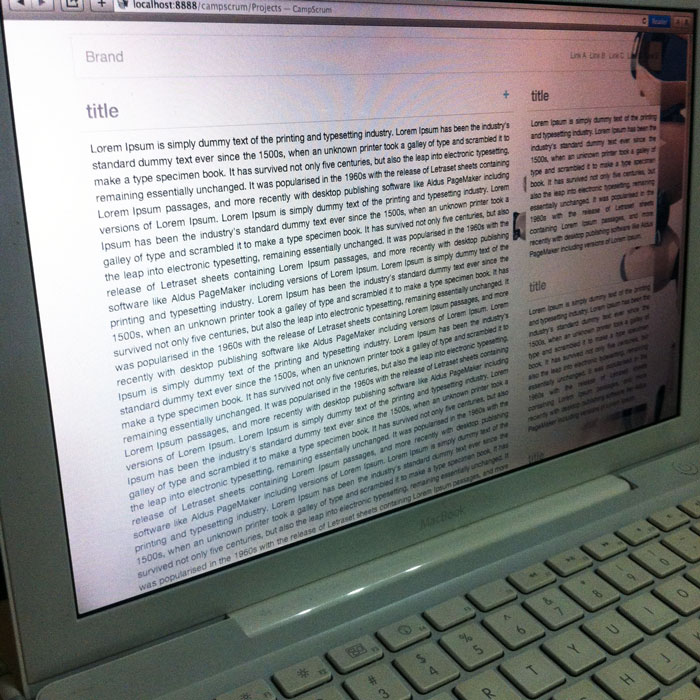 Before, when I just had a little knowledge and skill about web UI, I used to say functionality should be prioritized over design. But now, when over a year of web development also exposed me to experience designing web-based systems, I’m having a little dilemma on what to do first, design or program? I just started to notice that nowadays I subconsciously focus on layout and aesthetics rather than the functionality. Though the latter is more important, people do always seem to notice the former first so I tend to give more time and attention to it. Because they can’t see the process behind every click they make, or how the forms were handled, or how the page they see were rendered. But then, ofcourse, I still try to balance both. After the fussy designing, I move on to the nitty-gritty of the programming side. Since all of the buttons, links and the like won’t work properly according to plan without logic. I still have to programmatically instruct these HTML elements on what they should do. I am just happy that even though there’s a little war within me, I still able to both do web programming and design. In short, it’s a win-win situation.

My first MagSafe Power Adapter got broken and I didn’t know why. It just didn’t work. I brought it in Apple Stores like Switch and Power Mac Center to let them fix it. Unfortunately, they told me Read more…

You have a Mail app in your iOS device and you are not using it? It’s like you have payed for something and then just ignored it. Well, not until now coz I’m going to Read more…

I Want to Learn PHP & MySQL